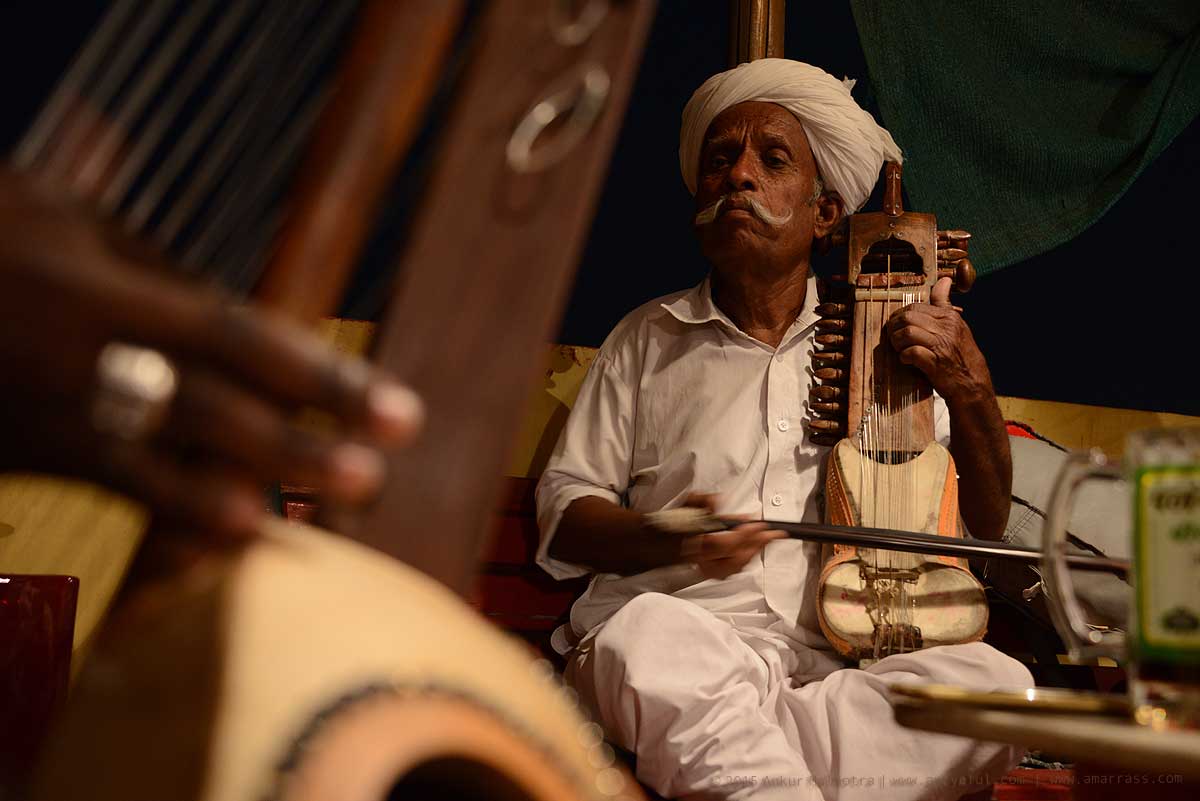 The Lakha-Madou project brings together two master musicians in an exciting new collaboration - a meeting of bardic oral-storytelling traditions from Rajasthan, India and Mali, West Africa. A never-before presented fusion of traditions, the ancient strings of the kora and sindhi sarangi weaving a magical tapestry of soundscapes to create music of timeless beauty.

The seeds for the project were first sown at the 2011 Amarrass Desert Music Festival in Delhi, where the two artists first met and jammed together at the festival finale. The Lakha~Madou Project premiered at the 2014 edition of the Amarrass Festival, with the first series of recordings made in November 2014, and also featuring collaborations with Palestinian-American band Painted Caves, and Brazilian bassist/DJ/Producer DJ Tudo.

The Lakha~Madou Project reunited in May 2015 for a second series of recordings at the ‘Amarrass Terrace Sessions’, with a performance at TC’s in New Delhi, India. A subsequent series of recordings took place in October-November 2015, and showcased at the monthly Amarrass Nights at Lodi event in New Delhi, India. The self-titled debut album is scheduled for release this summer on Amarrass Records.

Live at the Amarrass Music Festival 2014