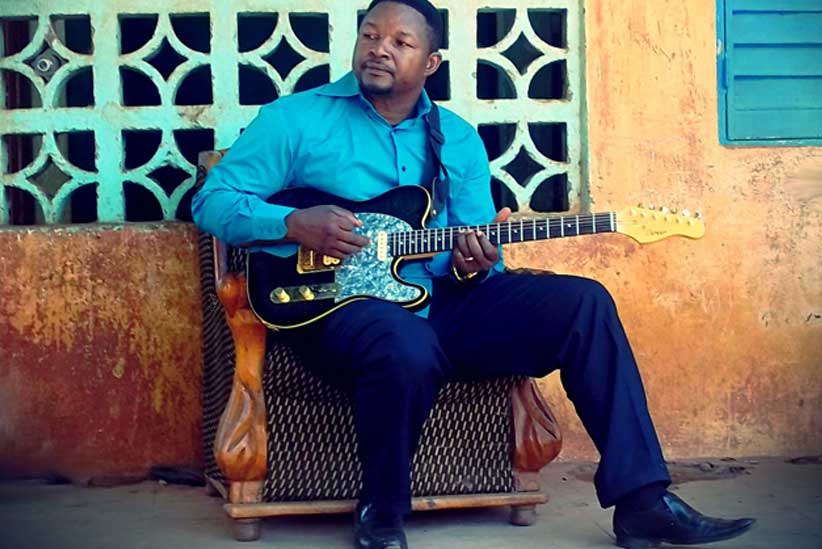 BINGA out 9 April 2021 on Glitterbeat

The legendary Malian singer/guitarist returns with his most personal and immersive album to date. Intimately recorded with a small band, "Binga" dives deep into Samba's Songhoy roots.

During the 15th and 16th centuries the Songhoy people ruled the largest empire in Africa. It stretched across the entire western Sahel, famed for the glory that was Timbuktu. People called it the city of gold, known across the world as a centre of culture and learning. But there’s another place that lies a little under a hundred kilometres south of that history, one whose name few people know. Binga is the region that encompasses the vast space below the Saharan desert in Mali. This is where guitarist and singer Samba Touré grew up, and it still owns his heart – Binga is the title of his fourth Glitterbeat album.
“I never left Binga,” he explains. “I went to [the Malian capital] Bamako in my youth to find some work and help my family. Even if it’s complicated or dangerous to travel to the north now, it’s still my homeland and always will be. I have a house there. It’s my culture and my heritage. This is my region and it felt right to name this album after it. It’s...  afficher plusSamba Touré creates a harmonious blend of River Niger blues, traditional Songhai themes and Western influences. Like most Malian songs, Samba’s lyrics convey moral messages as well as introducing us to different elements of Malian culture, such as the importance of family.

Hé is the Malian guitarist, vocalist and composer whose distinctive style is widely regarded both at home and abroad as both reflecting and enhancing the enduring legacy of the legendary Ali Farka Touré. So it was that, in 2010, Toumani Diabaté turned to Samba to play alongside him on his ‘Ali Farka Touré Variations Tour’. It seemed a natural choice to pass the baton to Samba and have him representing Ali Farka Touré’s guitar style.


ABOUT SAMBA TOURÉ: Born on 15 June 1968, Samba grew up in Dabi, a small village in the Tombouctou region of Mali. Samba’s father passed away just before his birth, leaving his mother to raise him alone. Although they could not afford formal education, he was surrounded by music from an early age and his mother was one of the first women to sing with the young Ali Farka Touré at the Biennale Festival in Mali.

When he was old enough, Samba left for the Malian capital, Bamako, in the hopes of finding a job. There, he heard the popular guitar-driven dance music of Zaire for the first time and, inspired, began singing and playing guitar in a band called Farafina Lolo (Africa Star).

During that time, he fell in love with the music of Ali Farka Touré, a true original who was transposing the traditional music of his native north Mali and single-handedly bringing the style known as desert blues to an international audience. Samba was entranced by this master from Niafunké and began to play the guitar in the same style, adapting his playing from traditional string instruments on to an electric guitar.

When Farafina Lolo split up in the mid-1990s, Samba concentrated on composing on his own. In 1997, Farka Touré offered him the unique opportunity to tour with him as part of his band. Delighted, Samba accepted and, while touring across Europe and the USA, his mentor opened his eyes to a variety of new influences. Farka Touré inspired him to create his own blues style and, on his return to Mali, formed Fondo. He recorded then his first solo effort “Fondo” which was a huge success in Mali.

In 2007, he released his second album « Aïto » in Mali, and toured intensively in west-african festivals. In 2008 Samba Touré is signed by World Music Network, for « Songhaï blues, Homage to Ali Farka Touré », his first international production.

Recorded on visits back to Mali, Crocodile Blues is Samba Touré’s second international release and a giant leap forward for the Malian bluesman with Oumou Sangaré as a special guest vocalist for one song. His carefully crafted compositions demonstrate his own style, through his use of a variety of languages, rhythms and feelings. Many of the songs represent different ethnicities and regions, as Samba sings for peace and unity in Mali, one year before Mali’s crisis started.

Then he recorded a new album “ALBALA” 2013 for new label Glitterbeat Records, featuring guest Hugo Race and co-produced by Philippe Sanmiguel and Chris Eckman. The album was acclaimed worldwide as one of the best African release of the year. The band toured in Europe in 2013 and 2014.

Two years after, Samba recorded a new album: Gandadiko, released in 2015 on Glitterbeat Records. Gandadiko immediately reached the top of international world music charts and the band toured in Europe in 2015, 2016 and 2017.

Then, in the autumn of 2017, Samba recorded his new album ‘Wande’ released on Glitterbeat Records on may 25th 2018. It immediately received a lot of acclaiming reviews and reached second place of World Music Charts Europe’s july’s ranking. Samba Touré and his band will be touring Europe in spring and summer 2019. 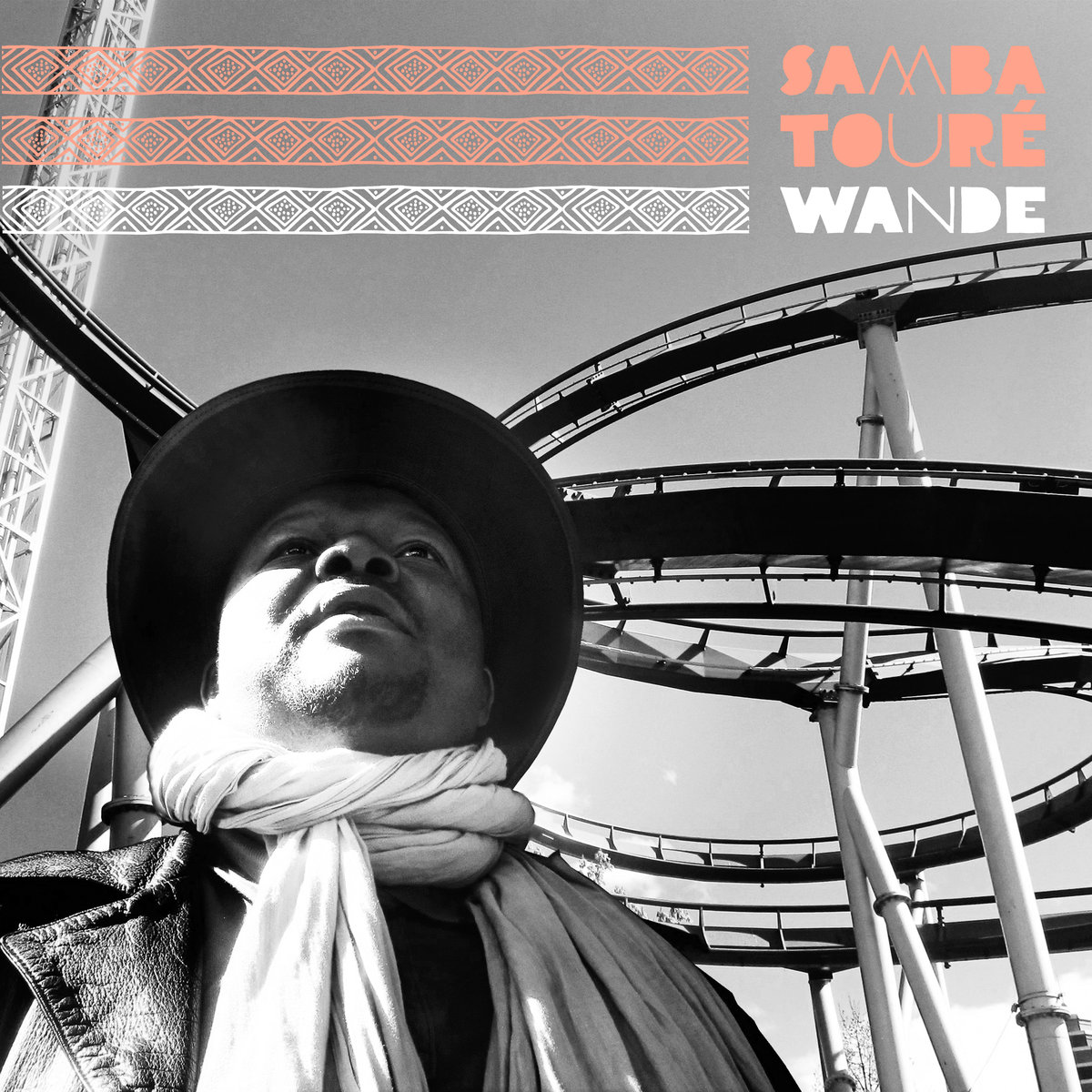 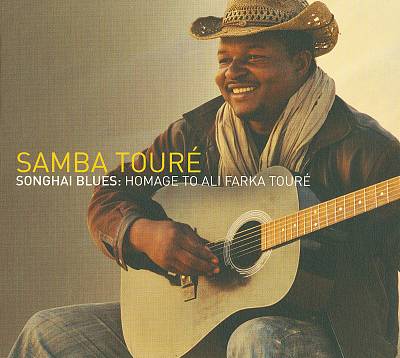 "Abala is essential listening" - The QUIETUS

"An instant classic. This is a record full of passion, eloquence and incredible music." - fROOTS

"A real gem” - The Independent

“Touré sounds at his best. An album of menacing, slow-burn songs reflecting on a rough year in Mali” - MOJO

"His voice is resonant, the rhythms have a relentless groove and his guitar burns with the intensity of the desert sun. Samba is a man whose time has come" - Songlines

"The music is mature and confident, with Touré's quietly commanding voice matched against insistent bass riffs and guitar work. Impressive." - **** The Guardian

"Spectacularly inventive, measured and strong. The voices and the instruments play off each other with real spirit and dimension, creating a spacy, almost theatrical experience. " - ***** fROOTS

"For anyone who feels that the well of American blues is almost drained, it may be times to switch continents." - **** The Times

"Wild eclecticism and experimentalism that touches the sould" - ClashMusic

Recorded at Studio Mali in Bamako, in the autumn of 2012, Samba is joined by his regular band members Djimé Sissoko (n'goni ) and Madou Sanogo (congas, djembe) and guests such as the legendary, master of the soku (a one-stringed violin) Zoumana Tereta and the fast-rising Malian neo-traditional singer Aminata Wassidje Traore. Additionally, Hugo Race (The Bad Seeds, Dirtmusic, Fatalists) contributes an array of subtle atmospherics on guitar and keyboards.