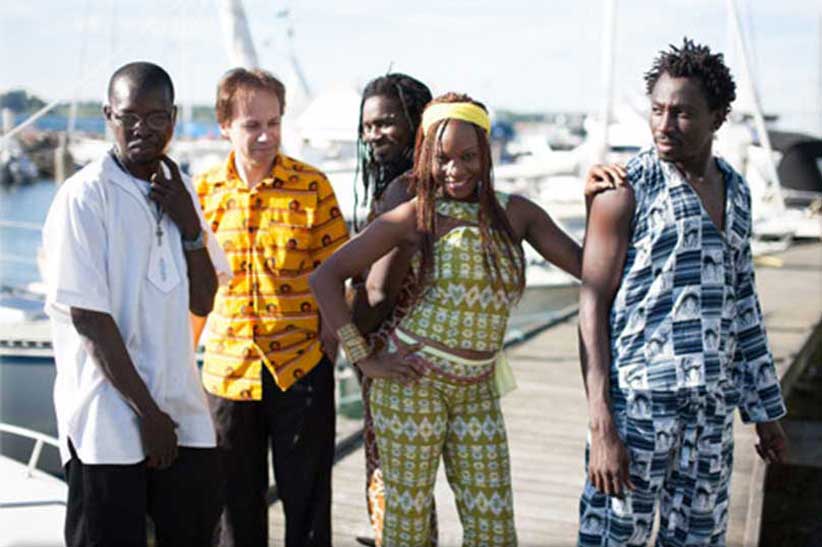 Hailed by the New York Times as an “irresistible brew of West African music and electronica,” Burkina Electric is the first electronic music group from Burkina Faso, in the deep interior of West Africa.

Based in Ouagadougou, Burkina Faso's capital, it is, at the same time, an international band, with members living in New York, U.S.A. and Ouaga.

Burkina Electric's music combines the traditions and rhythms of Burkina Faso with contemporary electronic dance culture, making it a trailblazer in electronic world music. A diverse and talented group consisting of four musicians and two dancers, they collectively participate in the creative process and represent disparate musical genres and sounds from across the globe.

Rather than recycling well-known rock and funk rhythms, Burkina Electric seeks to enrich the fabric of electronic dance music by using unusual rhythms that are rarely heard and little-known even in much of Africa. This includes ancient rhythms of the Sahel, such as the Mossi peoples' Ouaraba and Ouenega, but also new grooves of their own creation. The band invites you to discover that these exotic rhythms groove at least as powerfully as disco, house, or drum & bass!

The group creates a unique and refreshing musical world that is all their own by incorporating sounds of traditional instruments and found sounds recorded in Burkina Faso. It is truly African electronica, an exploration and fusion of musical styles both experimental and entertaining. Performances are often further enhanced by the use of live-manipulated video.

New York-based drummer/electronicist Lukas Ligeti is one of the most up-and-coming concert music composers internationally. Known for his nonconformity, diverse interests, and imagination, he has received commissions from prominent groups such as the Kronos Quartet, the Bang on a Can All Stars, and the American Composers Orchestra.

Prior to Burkina Electric’s formation, band members Maï Lingani, Wende K. Blass, and Lukas Ligeti had become close friends as members of Beta Foly, a group that emerged from a Goethe Institute-sponsored workshop led by Lukas and Pyrolator in Abidjan, Côte d'Ivoire, which, among other experiments, created some of the earliest fusions of techno/trip-hop with African traditional music.

Burkina Electric was originally formed for a one-time tour in Austria, but the collaboration was so successful that the band decided to create a lasting arrangement.

A self-released CD, Rêem Tekré, featured 4 songs by Burkina Electric plus remixes of these songs by DJ Spooky, Paul de Jong of The Books, Rupert Huber of Tosca, Badawi, and Mapstation; the group’s debut full-length album, Paspanga, was recently released in North America by the New York label Cantaloupe Music.

Burkina Electric has performed across the U.S. and beyond at venues such as the Festival Jazz à Ouaga in Burkina Faso, Le Poisson Rouge in New York City, the Old Town School of Folk Music in Chicago, Turner Hall Ballroom in Milwaukee, the Newman Center in Denver, the Cleveland Museum of Art, the Detroit Institute of Arts, the Luminato Festival in Toronto, and the Montreal Jazz Festival, among many others.

With choreographer Karole Armitage and her company, Armitage Gone! Dance, Burkina Electric created the work "Summer of Love,” which was performed at Lincoln Center in NYC and at the Teatro Massimo Bellini in Catania, Italy. The work was then developed into “Itutu” and was performed in NYC at the Brooklyn Academy of Music’s Next Wave Festival and at Celebrate Brooklyn! in Prospect Park; in Monaco at the Opéra de Monte Carlo; and at festivals in Belgium and Germany. 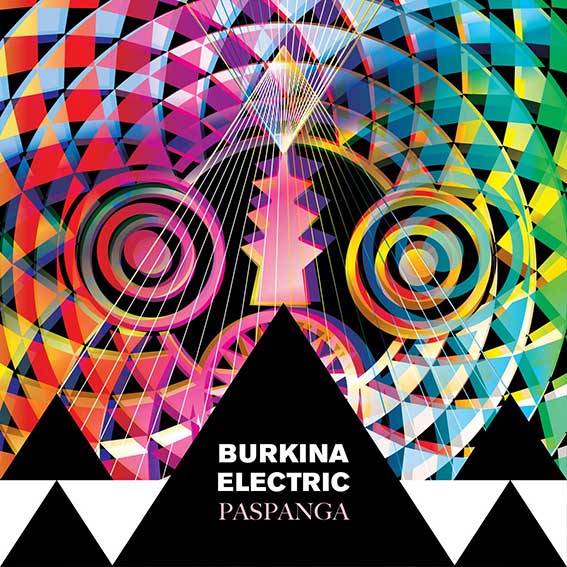 "From the deep interior of West Africa, I promise you this is original. ... I am honest when I say it has been a while since I have seen something that powerful & crispy on stage"- Calabash, Tune your World (Online Review)

"I'm not a fan of electronica, but when I heard this music I said, 'Wait a minute, I love this stuff.'” - - Betto Arcos, NPR's All Things Considered

"Burkina Electric adds the dimension of a new music comoser to Afro-pop. You might find yourself in an ethereal soundscape all of a sudden! It’s and adventure beyond pop music, but Burkina Electric is a kick-ass Afro-pop band” - - Kevin Stalheim, Artistic Director of Present Music - Milwaukee, WI

"A unique collaboration between African and European musicians... Combining the beautiful vocals of Lingani with the African guitar licks of Blass - mixed with the electronic and percussion wizardry of Lukas Ligeti and Pyrolator - the sound of Burkina Electric is unlike anything else. It's an excitingly new 21st century interpretation of African music - Jon Kertzer, KEXP Seattle

A38 - Budapest. Interview and Concert<

This is the second video of Burkina Electric, made in 2006 in Burkina Faso.