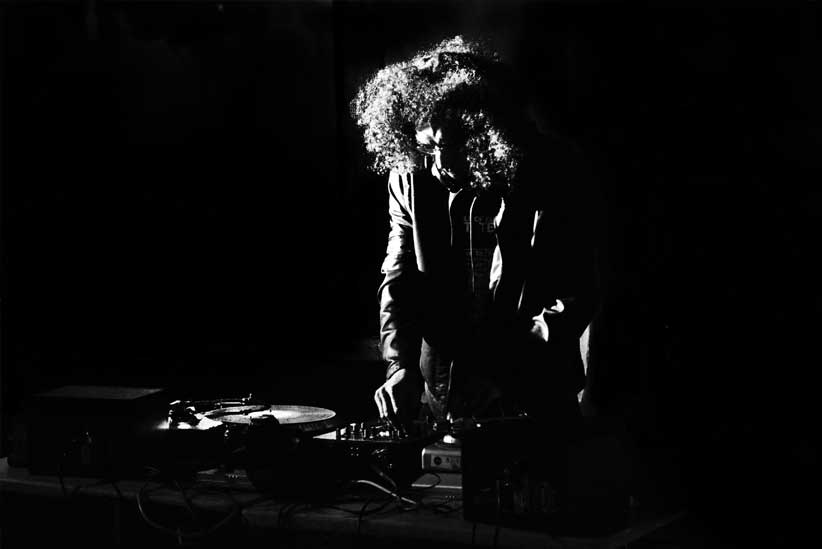 FEATURING TWO TURNTABLES AND A MIXER!

Amarrass Records label co-founder, music producer, recording engineer and radio jockey Ankur Malhotra aka DJ SpinCycle is an avid musicologist who explores, engages, and connects with musical traditions from around the world. Over two decades of crate-digging esoteric sounds on vinyl from around the world, DJ SpinCycle presents recontextualized field recordings, obscure sounds and patterns, reimagined and reinterpreted for the dance floor. Featuring two turntables, a mixer and a crate load of wax, creating layers of dubby, clubby, psychedelic sounds!

A long-time DJ/radio host on WORT 89.9FM, his versatility in styles and across genres is evidenced in the many shows he hosts/DJ’s including the Pan Africa Radio Show, Friday Buzz, and other world music, dub and freeform radio shows. Based out of Madison, Wisconsin where he has been DJ’ing for the past 15 years, and with residencies at local clubs, festivals and launch parties. He has performed in the US, Europe and in India and opened for artists such as Huun Huur Tu, BCUC, Mzafiri Zawose, Les Freres Smith, Charanjit Singh, and produced thematic sets for the Madison Children’s Museum and Odense Music Library. Special projects also include explorations with fusing turntable rhythms and bass with live contemporary folk from India with Barmer Boys.

Vinyl finds in the Odense Music Library in Denmark! A set made exclusively with records found in the music library. Performed/recorded live at Frølageret at Resonator 2021 in Odense Denmark, 7 Nov 2021.

Madison's Ankur Malhotra, aka DJ Spincycle, has shared with us part of a DJ set he performed on August 28, 2015 at the Madison Children's Museum. The night featured craft beers paired with edible insects, so Malhotra's vinyl-based set combined dub, techno and a bit of Kraftwerk with an assortment of insect noises.

www.amarrass.com - A live rework of a track by KINK

Kurja (bird) - Barmer Boys and DJ Spincycle at the terrace sessions with Amarrass Records, March 2014. www.amarrass.com Kurja is the name for a migratory bird (crane) found in the region. Barmer Boys are Manga 'Mangey' Khan